The Montesa Brío , often written Brio , was a motorcycle model of tourism manufactured by Montesa between 1953 and 19 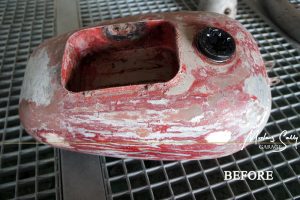 63  (apart from a second and short stage, in 1970 , in which the brand commercialized a moped with the name of Brío 50 ). Throughout its commercial life, several versions were produced, all of them with the same general characteristics: a 125 cc air-cooled monocilindrical two-time motor (except for the Brío 50, in which it was 49 cc), a rack of simple crib, previous fork shocks and drum brakes. Regarding the aesthetic section, all the Brío were characterized by their red color, except for the Brío 81 and Brío 82 versions, which were also marketed in an unpublished “green trout” color.
During the 1950s , Brío was a sales success and became one of the most emblematic models of Montesa, having been the basis of all kinds of achievements;  de la Brío released versions for competitions of speed , resistance , regularity (the famous Brío Cabra ) and motocross ( Pere Pi won two state championships in this modality with adapted individual Brío 110).
The commercial success of this model kept him in production until, in 1962 , the company decided to renew its catalog and replaced the Brío for which it would 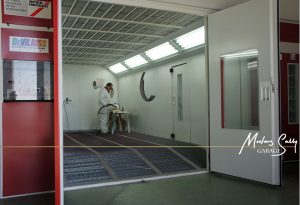 have to become one of the most famous motorcycles in its history, Impala.