CJ model Jeeps are both a series and a range of small, open-bodied off-road vehicles and compact pickup trucks, built and sold by several successive incarnations of the Jeep automobile marque from 1945 to 1986. 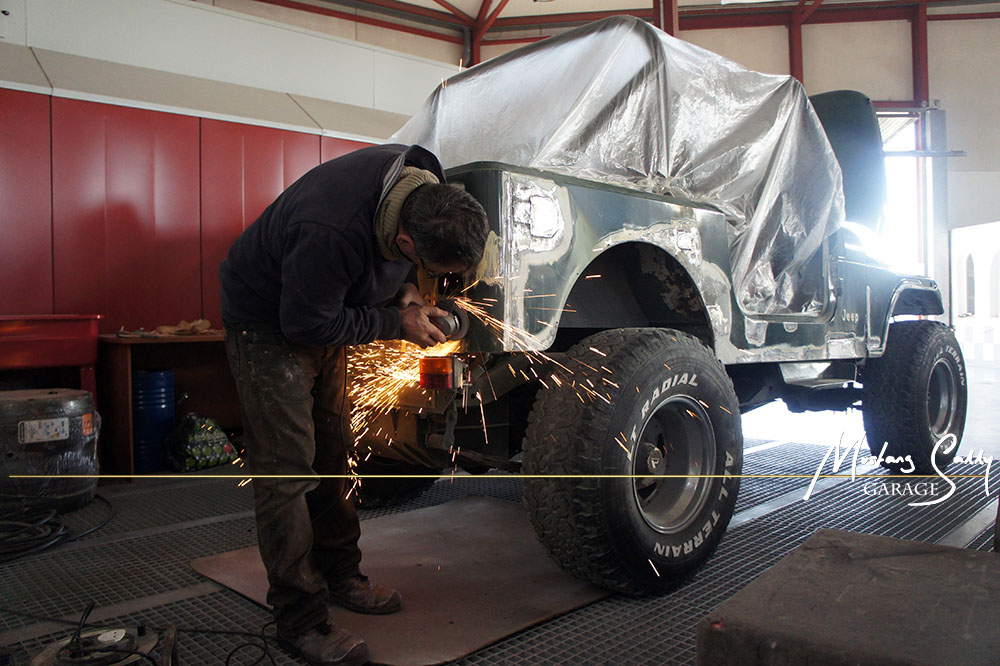 The CJ-7 continues to be used in the sport of mud racing, with either the stock body or a fiberglass replica. CJ-7 has been successfully and widely used as a favorite for rock crawling, through simple and complex modification. These last Jeeps produced were also highlighted with a factory dash plaque that read, “Last of a Great Breed – This collectors edition CJ ends an era that began with the legendary Jeep of World War II”.

Mustang Sally Garage has been a loyal client of Devilbiss for 40 years and in this short video taken late last year we unveil the then latest limited edition Skull and Snake. What a fabulous addition it will make. The new GTI pro lite. 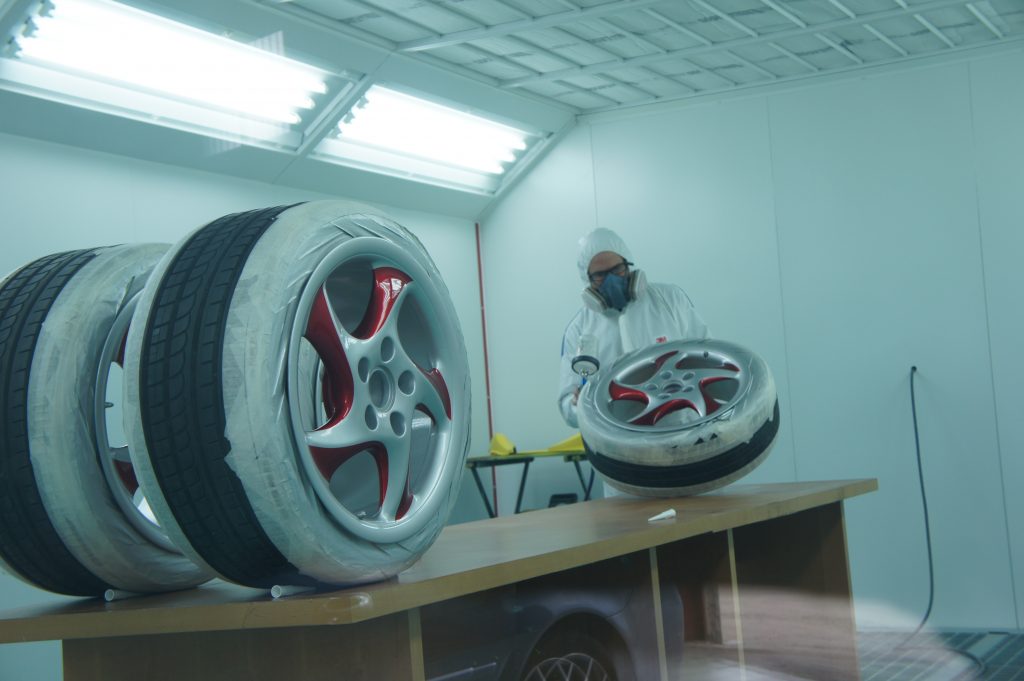 In house sand blasting removes stubborn rust and a fresh coat of paint can restore those tired wheels to avoid purchasing new.

We also offer custom paintwork and with custom painting you can choose almost any colour or shade you want. We can colour match the shade of your car, and carry it through to accents on your wheel. Whether you have House of Kolor Kandy or a particular design or just want the center caps a different colour, we can cater for all your needs.

This week at Mustang Sally Garage we are visited by this French beauty – a Citroen Traction Avant from 1955. 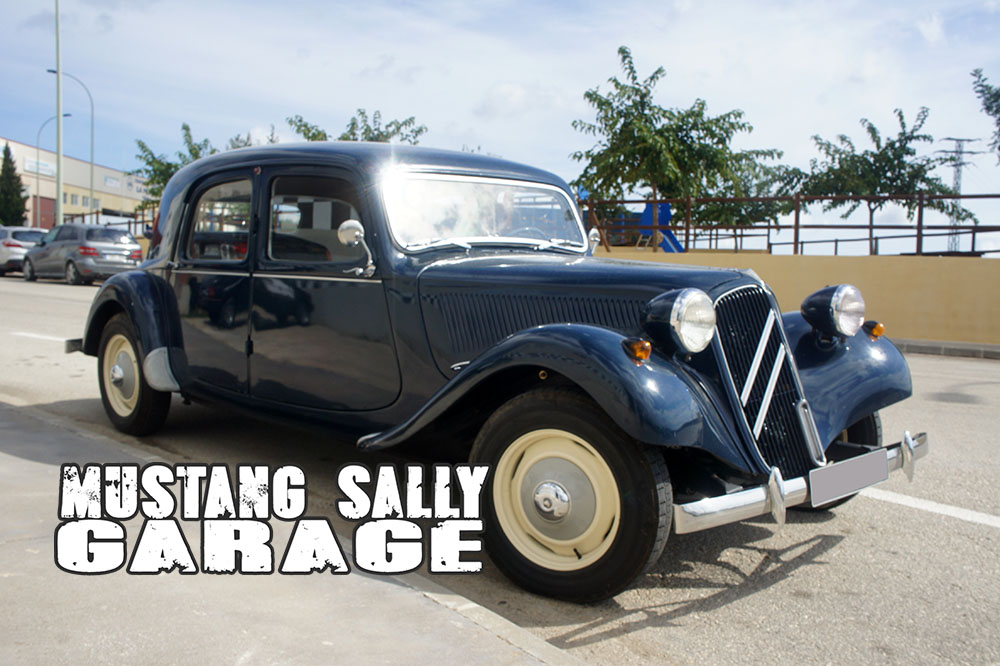 In for some light restoration we take a look – Would you guess mid-50s as the build date of this daily driven French machine?

During World War II, while the Nazis occupied France, updates to the Traction Avant came to a screeching halt. It remained virtually unchanged from when it fist appeared in 1933 until the mid-century-modern DS replaced it in 1955. With its bulbous, sweeping front fenders reminiscent of a vintage Rolls Royce Phantom II and bug-eyed headlamps similar to a Ford Model A, the Traction Avant looks more like Bonnie and Clyde’s honeymoon mobile than something a bell-bottom wearing Frenchman would drive in 1973. Put it side-by-side with say a ’55 Chrysler Imperial and it’s like black-and-white silent pictures versus 3-D Cinemascope. There were about 760,000 Traction Avants made before production ended in 1957. 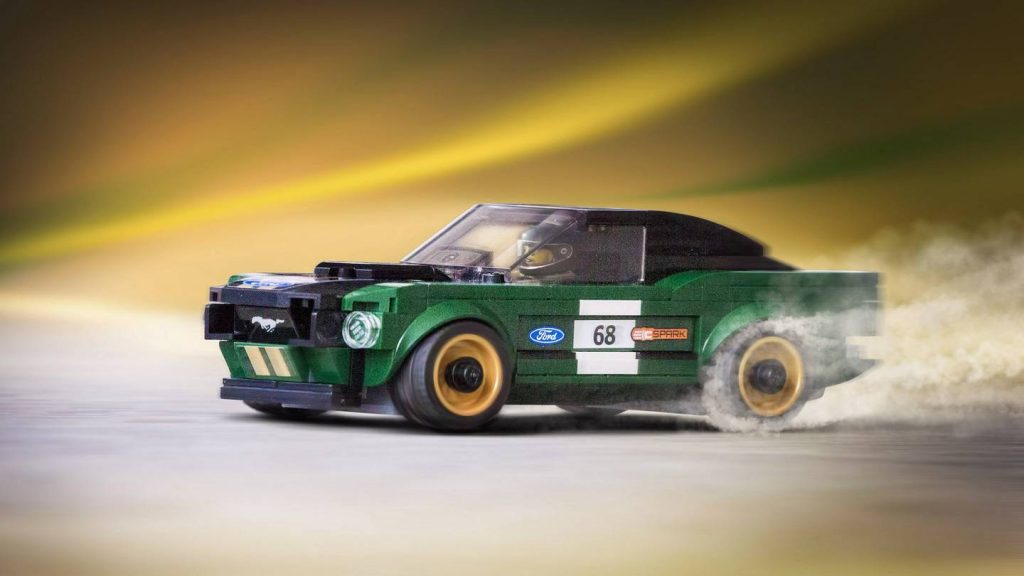 Model A, Mustang, GT40, and Raptor sets already in production.
A new gearhead-oriented Lego set will be hitting store shelves soon, and it promises to be the best thing you can do with your time regardless of who or how old you are. Ford has once again teamed up with Lego to celebrate its rich heritage with the addition of a 1968 Ford Mustang Fastback to the Speed Champions product line.The vintage pony car comes in a green hue reminiscent of the recently unveiled Mustang Bullitt, but unlike the real deal, this mini muscle car sees the addition of dual gold stripes across the length of the body. Even the gold wheels are period-correct, and Ford has thrown in race graphic stickers and a Lego dude/driver wearing a vintage racing suit.

I know what to get Cliff for Christmas this year!